A+ A-
Print Email

Bangladesh Television (BTV), a state-owned national TV station began its operations in 1964. Besides education and entertainment, its mandate is to ensure the equitable dissemination of information to the mass people and contribute to the nation’s socio-economic development of Bangladesh. It telecasts various programmes comprising drama, documentaries, musicals, education and information, including 14 News bulletins in English and Bangle daily. The vision of the present Government is to make “Digital Bangladesh” by 2021 and BTV is workSing for it. 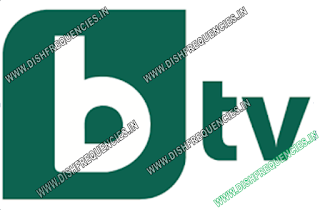 BTV transmits 18 hours program terrestrially and 24 hours through satellite daily through a centre, a sub-centre, and 14 relay stations. Its HQ’s and  main centre is located in Dhaka, the capital city of Bangladesh. Chittagong, a sub-centre, transmits three hours and 30 minutes locally produced separate programmes daily.
BTV has started BTV World, a satellite based separate channal on April 11, 2004. As a result, BTV has now reached beyond the borders. BTV World transmits 24 hours satellite programmes daily.
BTV has a potential coverage of about 97 percent of the country’s population. About 92% of its content is self-produced and the rest are imported. For the greater interest of the nation 78% of the total program include issues like agriculture, health and population, children and women, education and human rights etc. Its content mix comprises 20% news, 30% development and educative, 35% cultural and entertainment and other programmes 15%. BTV also telecast national important programmes, Cricket, Football and other important sports events live form the venue.
http://192.185.168.156/~btvgov/


BTV is primarily financed through the television license fees. Although it has produced many award-winning programmes, it has often been criticized for being the mouth-piece of the ruling government and their lack of quality entertaining programmes
Labels: Frequency Updates, Latest Biss Key